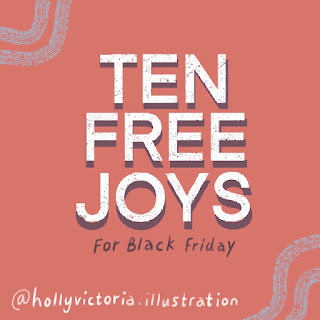 Earlier this week, I wrote about why I’m avoiding Black Friday. Today I’m sharing TEN FREE JOYS that are wholesome, fun, and kind to the planet.
A walk in nature without your phone. Use your senses to listen to the birds, smell the flowers, crunch the leaves. Look out for wildlife or unusual plants.
Go “shopping” in your wardrobe. Crank some tunes and try on clothes you haven’t worn in yonks. Mix and match possible outfits, replicate runway looks, or repair holey pieces - Youtube has heaps of tutorials.
Make cuttings of your houseplants. Lots of common houseplants are easily propagated. Succulents, spider plans, and Devil’s Ivy have worked for me in the past. For extra magic, swap cuttings with neighbours or gift plant babies to friends.
Have a nap. The ultimate indulgence that’s great for productivity, mental health, and stress relief!
Send a message of appreciation to someone who makes your life a better place.
Take or draw a picture of something beautiful you saw today.
Make a playlist of your favourite pick-me-up songs. AND I hereby permit you to sing along BADLY to the whole lot.
Find your last unfinished project and dedicate some hours this weekend to working on it. Try the “just for five minutes” technique if it’s hard to get started.
Start a gratitude jar. Write down up to five things you are grateful for and put them in a jar. Commit to doing this regularly (Sunday evenings work for me). After a year, sit down and read them all.
Do an exercise video on YouTube and get those endorphins pumping! Team Body Project and Popsugar both have fun and accessible vids to get you started.
Are you taking part in Black Friday? Or are you buying nothing at all? I’d love to hear your thoughts!
Posted by Holly at 13:03 No comments: 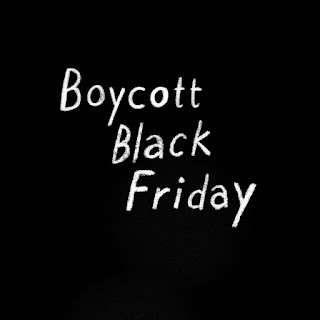