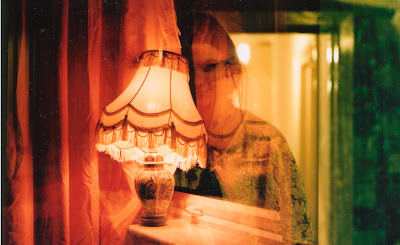 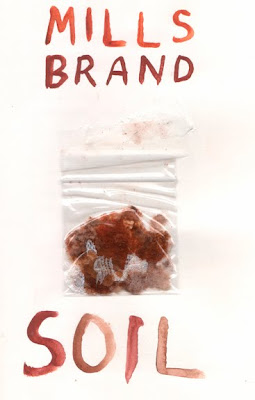 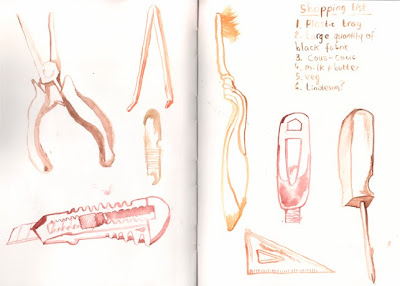 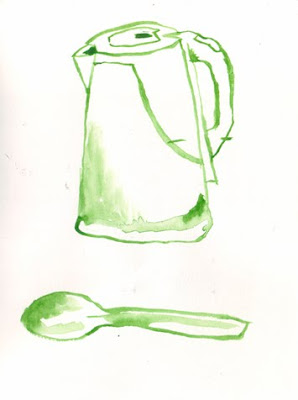 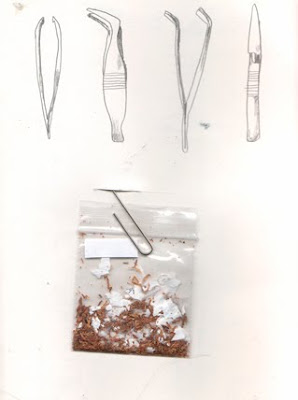 This project is going to the dogs. I am rapidly losing my mind and any sight of the brief. That, or I am becoming a fine art student.
Posted by Holly at 14:03 No comments:
Labels: Art, Experiment, Silly, Things, Watercolour 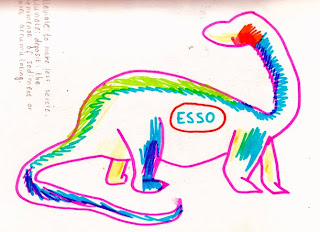 Also a few from Berlin: 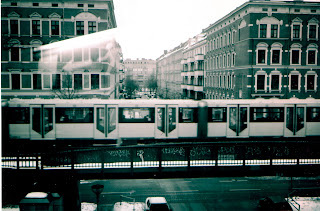 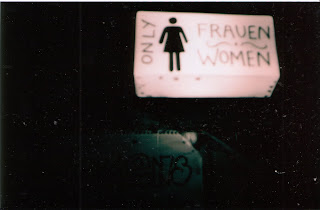 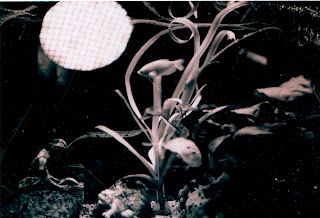 Things I regret about Berlin:

1. Not taking my Pentax and
2. Using Kodak Black and White Film (I will swear by Ilford in future)
Posted by Holly at 14:03 No comments:
Labels: 400 ISO, Berlin, black and white, Dinosaur, Film

This is Edgar Allan Poe. He wrote the short story "The Tell-Tale Heart", which I am using for my latest project. It's about guilt, I feel guilty that I haven't done much work. Maybe I will hand in a blank piece of paper and produce my stuttering explanation as a final piece, performance art or something. It's a risky tactic, and not a very good one.
Incidentally, I've just come back from Berlin, it was amazing.
"Berlin is poor...but sexy!"
I read that somewhere, it might have been graffiti, of which there was in abundance.
Posted by Holly at 13:20 No comments:
Labels: Berlin, Edgar Allan Poe, Guilt, Mono print, Portrait 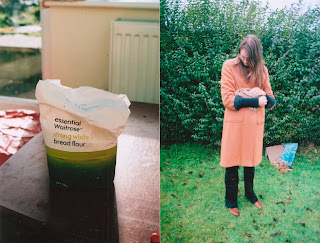 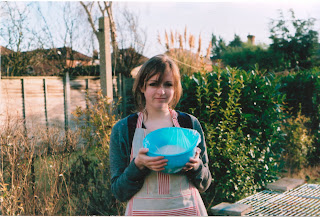 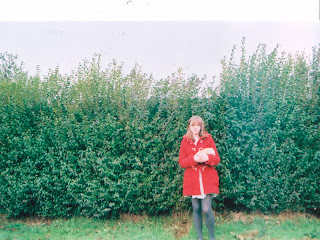 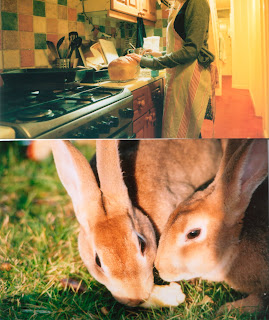 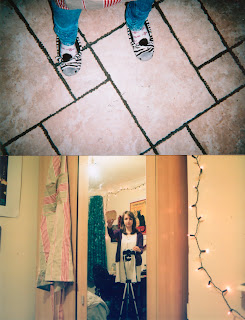 This is a testament to how much I love my course; for my last project I handed in a loaf of bread.

Hear me out. For a start, the bread was handmade, grown by my good self from bags of flour and a little packet of dried yeast. And secondly, the bread was a visual explanation of the notion of 'Cute'. I'll explain.

Halfway through the project I reached the conclusion that I no longer wanted to draw fiddly little fluffy animals, or babies, or anything that sucks a nipple. In fact, I didn't want to draw at all, which is perhaps not the most constructive thing for an Illustration student to say. I decided there were more interesting and thought provoking ways of emulating 'cute'. And this ended up being a loaf of bread. I decided that behind anything that is 'cute' is a core feeling expressed in humans as 'nuture'. If we feel that something is beyond our control, but through the limitations of our intellectual powers we could at least help it to survive, this provokes a strong feeling of nurture but also the associated description of the object of our attention as 'cute'. In this case, it was a loaf of bread, as the process could so easily have gone wrong. But really, it could have been anything, from a plant to a contestant on X Factor, appealing for my vote as a way of saving them from a life of undue misery in Coventry.

So I really set about proving the absurdity of cute. When people asked why I found my white loaf cute, I could ask them why they found kittens or bunnies cute. It's the same logic, and not one determined, as I originally guessed, by physical characteristics. In a way, I tried to show that something was cute, without possessing any of the physical characteristics of 'cute' which a logical mind might suggest.

I took the photographs as further evidence on an old Ashai Pentax MX camera, which I found in the loft, and could gush about for hours. But I've gabbled for long enough.
Posted by Holly at 23:12 No comments:
Labels: Bread, Cute, Flour, Pentax MX, Rabbits

Some Photos Wot I Took 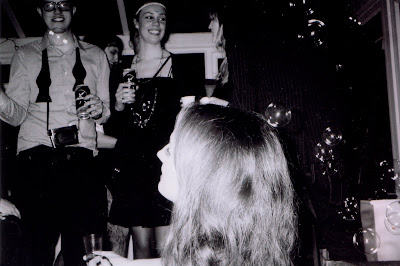 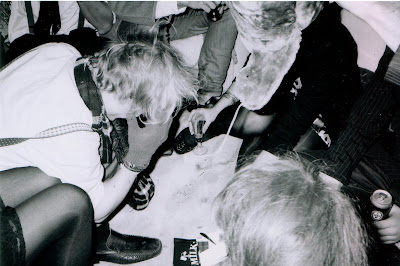 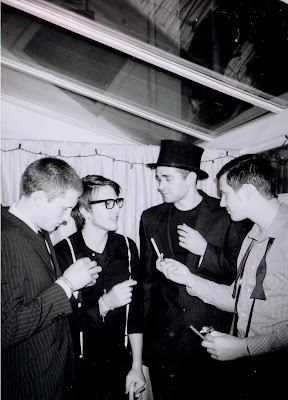 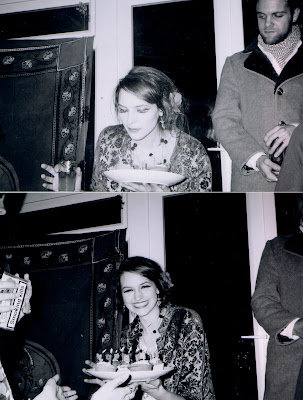 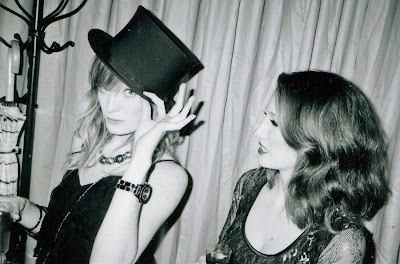 So for Olivia's 22nd birthday we held a 1920's stlye speakeasy party, with much dressing up and fun. I used a black and white Ilford film (400iso) in my brand new Fujica Flash 2 camera, which was £2.99 in a charity shop. I'm very satisfied with the prints and would champion old-style photography over digital in a heartbeat. There is something really magical about holding a photograph in your hand. Of course this point is completely obliterated because I have to upload them onto a screen in order to share them. How IRONIC.

As a footnote, if anyone featured in the photographs feels a bit uneasy about them being shared over the internet please just let me know and I'll take the offending items down.

I've also been reading a lot of Edgar Allan Poe for my new project (Narrative Illustration). The Tell Tale Heart is super.. "Villains!...dissemble no more! I admit the deed! - tear up the planks! - here, here! - it is the beating of his hideous heart!"
Posted by Holly at 12:59 No comments:
Labels: 1920s, black and white, feathers, ironic, photographs, speakeasy
Newer Posts Older Posts Home
Subscribe to: Posts (Atom)