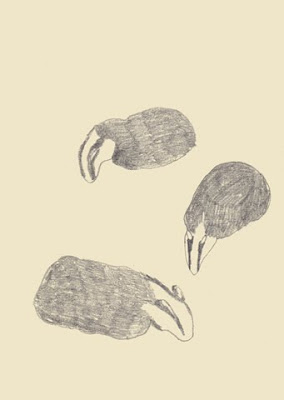 "I'd like to come back as a badger... they're bad tempered, but they look good- you can make sporrans out of badgers."
Posted by Holly at 20:25 No comments:
Labels: Badgers, Holly Mills, Is Anybody There?, Michael Caine, Pencil, Reincarnation 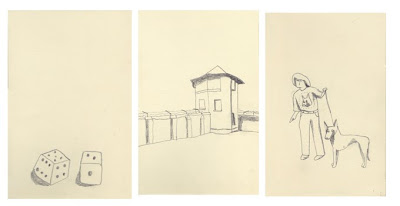 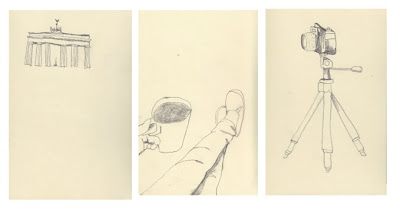 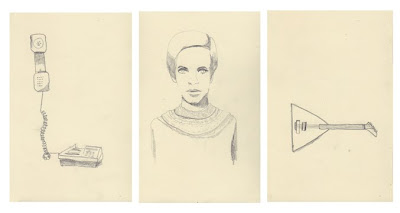 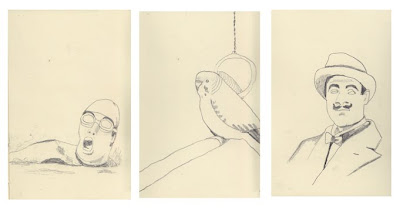 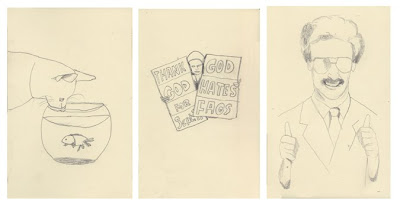 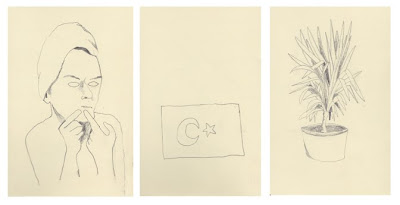 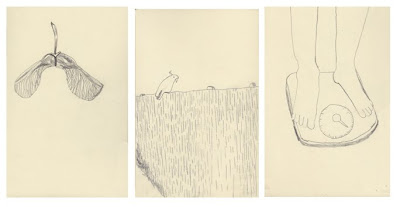 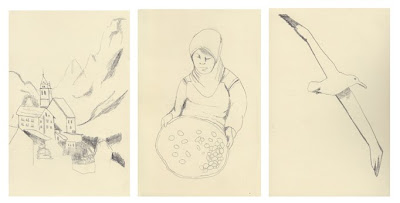 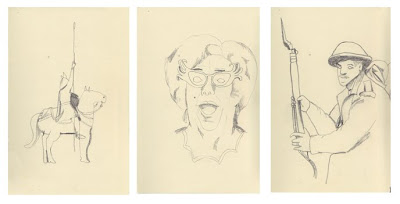 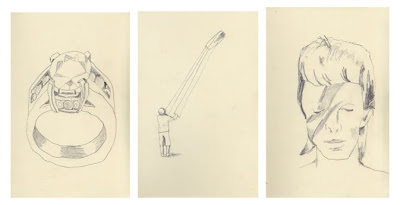 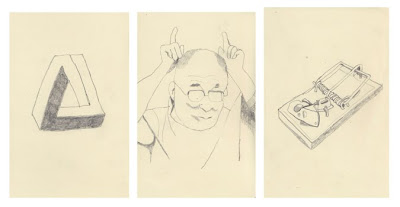 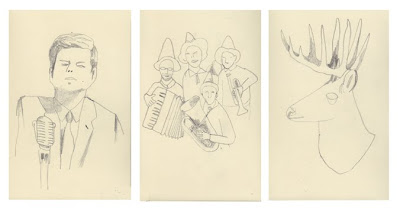 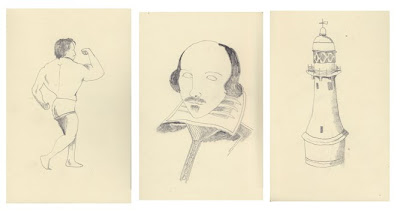 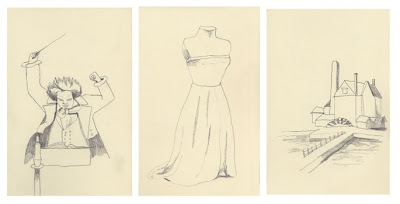 For my Final Major Project I am making a card game which explores some of the fundamentals of postmodernist theory (specifically; the idea of context, and how it affects and creates meaning). The idea is that each player has a hand of these strange picture cards. Everyone puts down a card that they think will win the round in the centre of the table. There is then a pile of cards, called the 'Context Cards', which supply a context to determine the outcome of the match. So for example, the above cards are all put down by different players. The context card is then turned over, and it could say something like, 'What would be the best Christmas present for your dad?' (I would vote the Castle) or 'Which breaks easiest?' (maybe the fish?) or 'What would be most useful in the event of a yeti attack?' (possibly a nice tasty ram to divert the yeti whilst I run to safety....). The players then must ad lib and justify their card. A vote is taken and the winner of the match takes all the cards. Everyone then goes again, and a different context is played, until one of the players has all the cards.

The idea of the game is to explore how we read images differently according to context (Bourdieu), and how an image can gain new and ever-changing meaning- that meaning is not set, it is fluid and subject to change (Derrida), and also how different experiences of different players will alter what an image means (Barthes).

It's meant to present some of the rather heady and boring concepts of postmodernism/poststructuralism in a fun and different way. It's probably going to result in a lot of arguments, but that's part of the point. Critics can squabble and argue about hidden meanings in things like poetry and films and rastamouse, but their opinions are based on their experiences, 'the abrasions [we] impose upon the fine surface [of an image]' (Barthes), and in the different contexts we place work in. (Like Marcel Duchamp's infamous urinal). 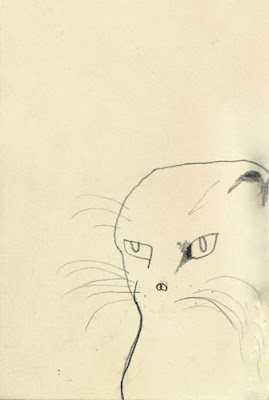 My top six most visited pages on Safari are: Facebook, Hotmail, Google, Blogger, Ceri Amphlett's website and 'Cat That Looks Like Lord Voldemort Struggles To Find Home'.
I love this cat, I think it's brill. I would definitely own it. If you are interested in reading the original article (or adopting said feline) find it here: http://www.metro.co.uk/weird/855239-lord-voldemort-cat-needs-harry-potter-home
Posted by Holly at 22:24 No comments:
Labels: Adopt, Cat, Holly Mills, Illustration, Line Drawing, Lord Voldemort, Moleskine 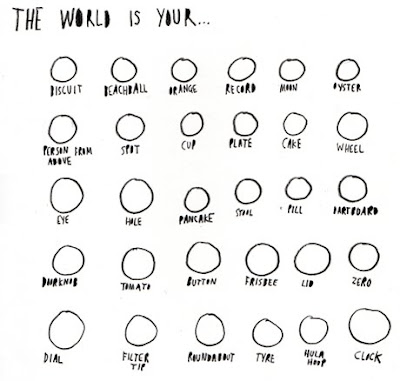 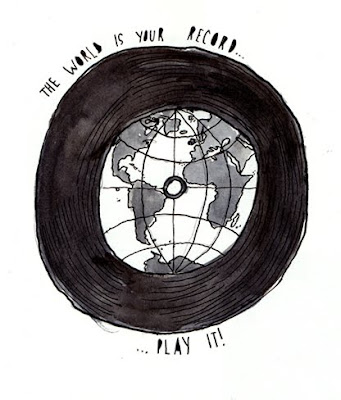 These T-Shirt designs have been rattling around on my floor for a while now, thought it was time to share them with the world. Really need to screen print some designs before I graduate and lose the print rooms!
Also found this T-Shirt the other day, I made it for a punk party in my first year... all those years ago! On the left is the front design and on the right is the back. 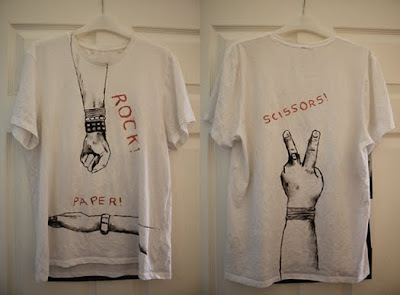 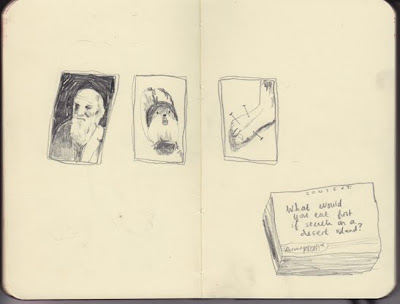 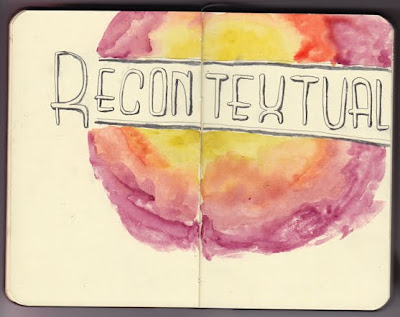 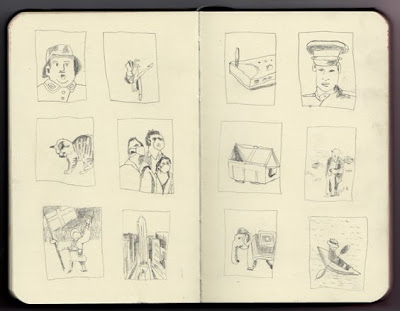 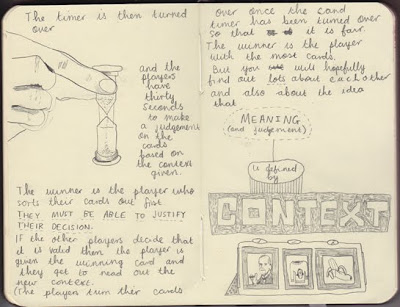 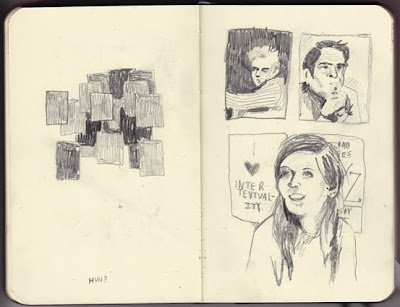 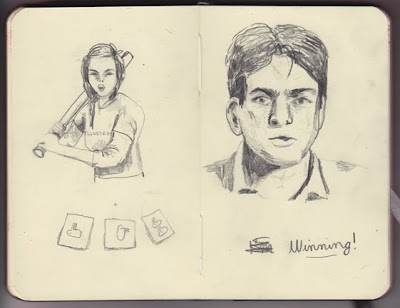